It is important to note that the hard-earned victory for voting rights, won with the blood of so many, was recently gutted by the current Republican Supreme Court and is being supported by Republican legislators around the nation. The LIUNA AA Caucus joins activists in the ongoing fight for voting rights for all people.

Brother Styles, who is also pastor of Bethel United Methodist Church, commented that the entire weekend was invigorating. “I was proud to represent the LIUNA AA Caucus and join labor and civil rights activists in the fight for a fair democracy. Protecting the right to vote is essential for everyone, most importantly for generations in the future. I believe Labor has always stood on the right side of democracy and I believe we have the power to ensure voting rights are saved for everyone.” 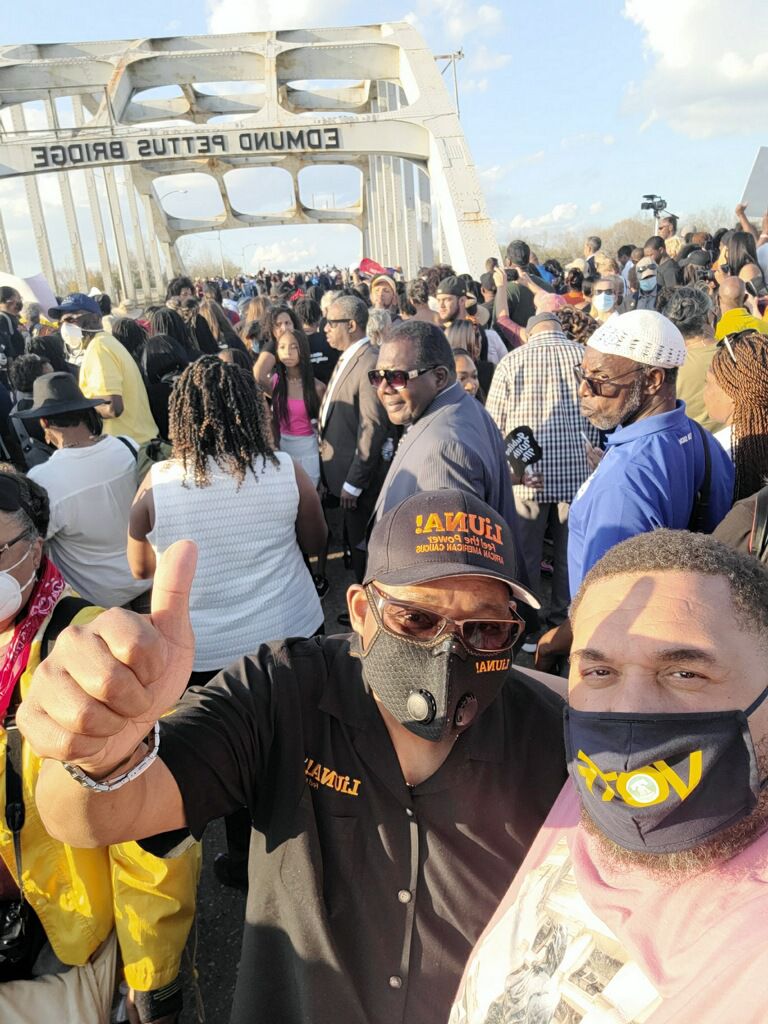