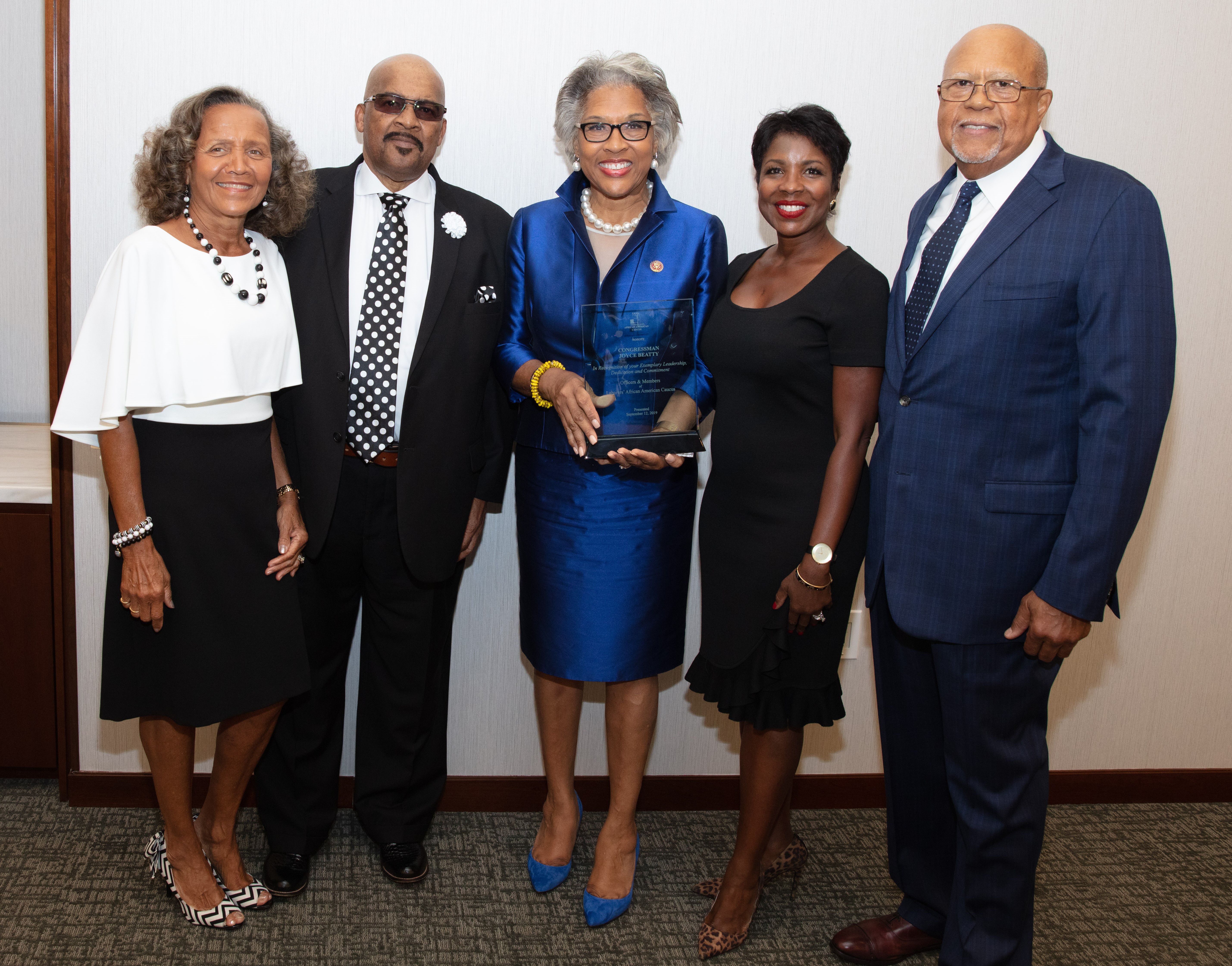 The LIUNA African American Caucus held its Congressional Black Caucus Honoree Reception at their International Headquarters in Washington, DC on September 12, 2019. For the past 5 years, during the Congressional Black Caucus Foundation’s Annual Legislative Conference the LIUNA AAC has held a reception to honor different members of the CBC who support LIUNA’s issues through their voting records and actions nationally and in their respective districts. Infrastructure; Pay and Benefits; Employee Rights and Protections; Postal Reform; and Voting Rights, are all issues, to name a few, that Congress addresses and are important to LIUNA’s 500,000+ members and working men and women across the nation. The LIUNA! AAC applauds the support of CBC members. The 2019 honorees were Congresswomen Joyce Beatty (OH); Marcia Fudge (OH); Robin Kelly (IL); and Congressman Al Green (TX). Also honored was LIUNA Brother Mike Aaron (Local 1191-Detroit, MI), a board member and President of the Black Caucus Foundation of Michigan.

The mission of the LIUNA AAC is to identify, promote and support issues that address the needs and interests of LIUNA members of African descent. The mission goes further to carry the LIUNA!s message of Justice, Honor and Strength into the broader community and facilitate and increase LIUNA’s market share which benefits both members and the communities they live in. For over four decades, the CBC and the CBCF continue to have a significant impact on American politics, policy and economic empowerment and advancement in the global community. It is in this vein, that the LIUNA AAC applauds the honorees and the entire CBC for supporting issues important to working men and women. Creating new jobs and improving economic opportunity is paramount to both organizations.